Did we learn anything from Brexit?

Leave according to remain 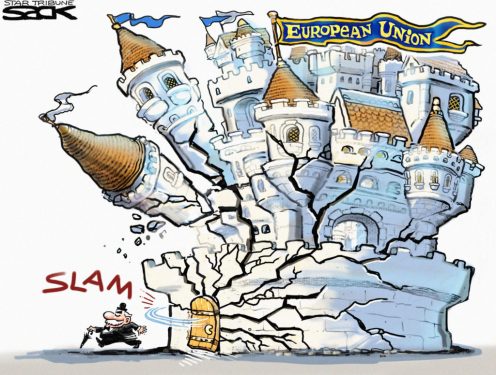 The EU according to leavers

In the complexity of Brexit we can see the dynamics of the widespread ongoing disaster affecting the operation of Democracy throughout the world. This is my tentative analysis:

On Saturday 30ththe British Parliament voted against the last Brexit proposal by Theresa May. The NO DEAL solution is now reality, and nobody knows what further disaster it will bring about.
(lorenzo matteoli)

Una risposta a Did we learn anything from Brexit?