A case for the Negotiator Pocket Book

Theresa May now a loser 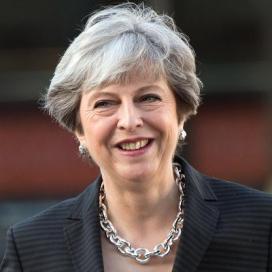 A famous booklet published by The Economist, entitled “The Pocket Negotiator”[1] started with a classic English understatement: ”conflict, an opportunity to negotiate”.
It would seem from the ongoing Brexit drama, this is not a very popular reading for the many leading characters of the current UK tragedy.

It is possible that the only reader who tried to follow the wise rules of the Economist negotiator was Theresa May and she, at the moment, appears to be on the losing side of the shenanigans, though the future may very well vindicate her.
Theresa,  now UK Premier, voted “remain” at the referendum, but then had to manage the negotiations  with the European Commission to implement the “will of the people” as stated by the infamous vote imposed by Cameron, i.e. “leave”.
Theresa, culturally a “remainer” wanted a UK exit from the European Union as soft as possible, with low cost, low danger and  controlled consequences, and with that scope she ran the tough negotiations with great resolve, battling against a relentless opposition by Labour and her own Tory peers.

On one side the Labour opposition wanted even softer conditions as compared to the platform negotiated by Theresa; on the other side her Tory peers wanted …nobody knows exactly what.Maybe just her resignation, or eventually a disastrous “No deal” Brexit.

Theresa followed the basic rule of the Pocket Negotiator: never leave the negotiating table, and she was defeated.  Not one of her proposed platforms was ever approved by her Parliament[2]and after a year of political and media torture yesterday, eventually, Theresa resigned her post with a very passionate and emotional farewell.
While the Brits are casting a surreal vote for a European Parliament that they want to leave (allegedly), Boris Johnson, Tory but ferocious Brexiteer,  is cast as the next English Premier.

Junker, President of the EU is ready to meet the new negotiating team, but it is not clear what is to be negotiated, since the EU spokeswoman clearly stated that the EU is not available for any change to the present tabled protocol.

Boris Johnson will clearly ask for changes, difficult to guess which, since, until now, his Parliament has not approved any alternative proposal, not even the one he presented.

The confrontation will thus be radical: the EU not available to renegotiate, UK proposing some changes, as yet unknown, but certainly unacceptable to the EU.
Boris Johnson has no space to maneuver because the UK Parliament has already busted any possible hypothesis on Brexit.
So, lacking an acrobatic turnaround, the road is open for a No Deal, catastrophic Brexit.

Thus here we have an interesting possibility:
Excluding any suicidal proposal, the English No Deal side must have data and information, that the rest of the World ignores, to prove that getting out of the European market (the number three World market after USA and China-Asia) will bring great advantages to  the UK (industry, agriculture and finance), whereas all the projections are against that line.
If Boris Johnson has got those numbers and if those numbers are solidly documented, he would have a trump card in his hands because an advantageous exit from the Euro market of the UK would be a catastrophe for the EU. No need to explain why.

That will be quite interesting to see. In the near future we could see a vindicated Theresa May entering the Parliament with flying colors, with Boris Johnson, Nigel Farage and the hard core Brexiteers in gloomy silence: zeroed export, expensive import, two digit unemployment, heavy speculation against the Pound, … London deserted by the rich multinational financial and banking headquarters and without their multibillion dollar businesses, losing tens of thousands of jobs for brilliant international millennials…

*Give me back my country!

* a quotation from a paper by my good friend prof. Aneurin Hughes former EU Ambassador to Australia and New Zealand…hang on there Andy!

[1]Economist Pocket Negotiator: The Essentials of Successful Business Negotiation from A-Zby Gavin Kennedy (1997-10-13), London, The Economist. Today so rare that Amazon is asking 412.00$ for it and there are only three copies available.  I had one and gave it to somebody and I even remember to whom.